Do You Know How to Tie a Tie?

Did you know there are exactly 85 ways to tie a tie? And that there are only 9 moves that can be used when tying a tie? We’ve put together some details about how to tie some of the most popular knots.

This knot is one of the most popular. A versatile knot typically used in a non-formal social situation, the Half-Windsor looks more symmetrical and formal, while being less bulky than the Full Windsor. Most people know how to tie this one but here’s a reminder.

How to Tie a Half Windsor Knot (Video)

This knot is used in a more formal work environment, its extremely similar to the Half-Windsor there is just one slight difference, an extra dimple.

How to Tie a Full Windsor Knot (Video)

Now this is where it gets fancy! The Eldredge Knot is used for high class parties such as white tie events, where you don’t wear a black tie, but a complimenting tie knot with a contrasting pocket square. This is one of the most complicated and hardest knot to tie which will look spectacular with a bit of practise. 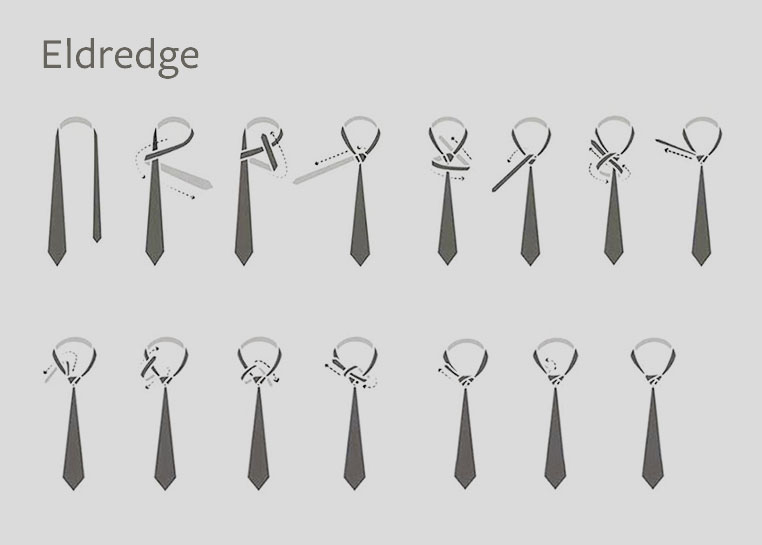 How to Tie an Eldredge Knot (Video)

Finally we have the bow tie, famously faked with either a clip-on or an around neck latch on. However to be a true gent you must know how to tie a butterfly knot, as shown here. It isn’t that hard with a bit of practice, because as we all know, one should never wear a black tie to a black tie event.

How to Tie a Bow Tie (Video)